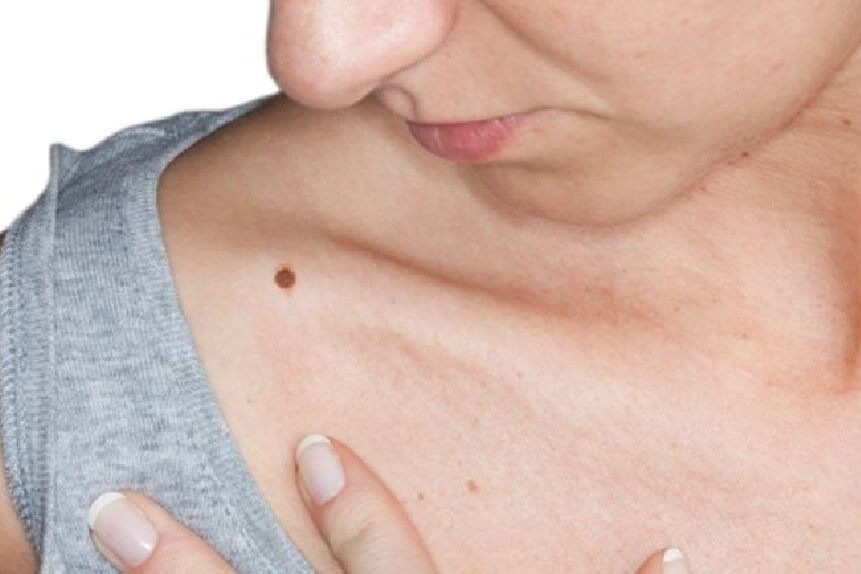 Some people are born with moles, and in some, the moles appear later in their life. Moles can be flat or raised, and they are commonly flesh-colored, brown, or black in appearance. Moles are described sometimes as skin imperfections or beauty mark. Moles are generally harmless, but sometimes they affect your appearance and makes your bother.

Moles can be of many types- compound, dermal, and blue moles. Congenital nevi are the type of moles that are present at birth, and they have an increased risk of developing into skin cancer. The larger and smaller congenital nevi must be examined, and any change in the birthmark must be reported.

There are varieties of techniques available at Dermaworld Skin Clinics by which the moles can be removed safely. Mole removal is usually a painless treatment. Some of the commonly used safe and effective methods used by a dermatologist are:

In surgical excision method, the area is numbed, and then the whole mole is cut. Then with the help of stitches, the wound is closed. The stitches are removed after six to seven days of treatment.

The other method is the surgical shave, in which the blade is used to shave off the mole. The stitches or sutures are not used in this method. A tiny mark is left, and its visibility may fade away with time.

Moles that haven't grown to the deep layers of the skin can be frozen off with the application of liquid nitrogen, and this treatment may leave skin with blisters.

Lasers are not used for deep mole removal as it cannot penetrate that deep into the skin layers. Laser treatment requires multiple sessions and is useful to remove multiple moles at a time.

After mole removal, the risks may involve pain, infection, reddening of the site, pus coming from the wound, anesthesia allergy, nerve damage, and in many rare cases, sepsis can also occur. A scar may also form, as the larger the size of the mole, bigger will be the scar. Generally, the scar fades away with time, and its appearance diminishes.

Treatment must be performed by the safe hands of an experienced and qualified dermatologist only. This will minimize the chances of occurrence of risks or complications. For mole removal treatment in Delhi, one can visit Dermaworld Skin Clinics, as we have experienced skin specialists who perform these procedures.

Irregular enlarging moles can be a sign of cancer called melanoma. The mole that develops after 30 years of age can be cancerous, and in this state, it requires immediate medical attention to diagnosis and determine its state.

If the mole changes color, shape, and scabs over, it could also be the sign of the deadliest form of skin cancer. One must immediately consult with a dermatologist if a mole is painful, bleeds, itches, or burns.